WELCOME TO IAN'S HONEY WEBSITE
The honey that not only tastes good. It does you good.

Not just the Rolls Royce of honey, but according to recent studies, Scottish heather honey is the new super food. Scientists now think that it's even more effective for treating infections than its Kiwi cousin Manuka. Scottish heather honey is an essential food source, good for your bones, good for your health and a powerful antioxidant. The perfect topping on ice cream or waffles, or mixed with yogurt. Scottish honey cakes topped with almonds and Ian’s heather Honey are scrumptiously delicious. 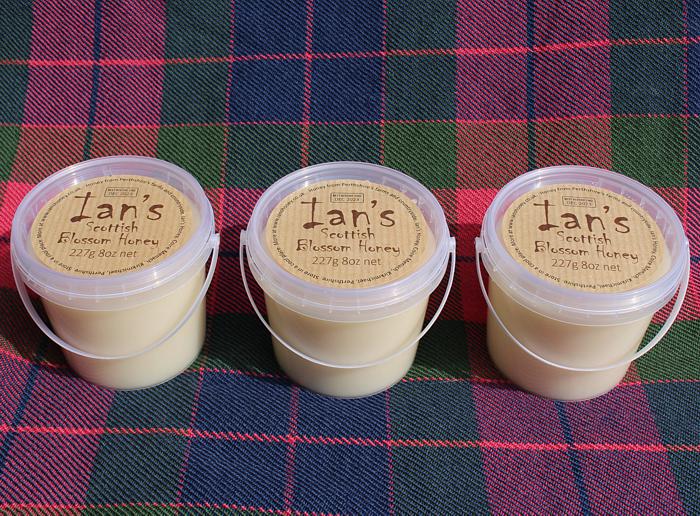 Mini pail. Stacked tightly within a cardboard tube delivered within the UK by 2nd class post. 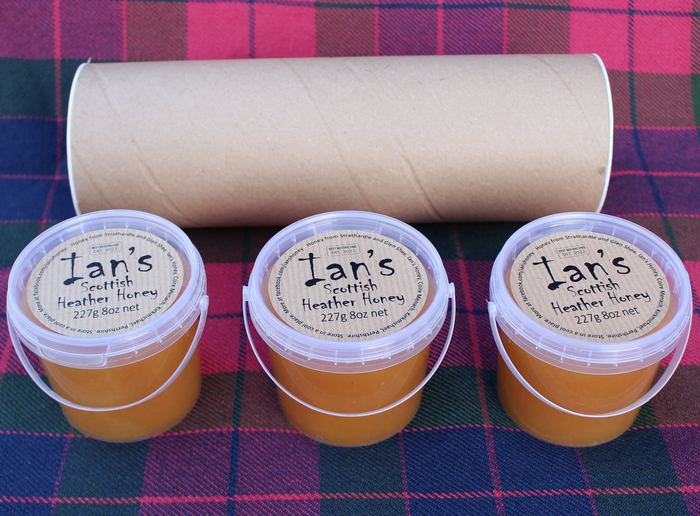 Mini pail. Stacked tightly within a cardboard tube delivered within the UK by 2nd class post.

Why does Ian’s honey taste so good?

Ian’s honey is a heather honey from the wild, open moorlands of Scotland.

Made from the nectar collected by bees foraging on the tiny purple, bell-shaped flowers of the common heather plant, Calluna vulgaris - sometimes referred to as Ling heather - it has a distinctive look and taste that can only be described as superb.

It’s a rich, dark, amber-coloured honey - often with a red or orange tint – and it offers honey lovers the deliciously pungent aroma of both fruit and woody scents, with a strong but mildly-sweet taste sensation.

Like Manuka, Ian’s heather honey has a thick, jelly-like consistency, referred to as thixotropic, which becomes runnier when stirred, before returning to its thicker state.

Why is Ian’s Honey good for you?

According to recent studies, Scottish heather honey is the new super food. Good for your bones, good for your health and a powerful antioxidant that scientists believe prevents damage to the cells caused by free radicals. So it may well help to fight illnesses as serious as heart disease and cancer.

Since the time of the Ancient Egyptians, honey has been known for its healing properties and recent studies show that Scottish heather honey is even more effective at treating infections than its famous New Zealand cousin, Manuka honey. Indeed, the latest research carried out by Glasgow University demonstrates that Scottish heather honey not only heals commonplace wounds and infections, but kills serious bacterial infections such as MRSA.

How is Ian’s Honey created?

The distinctive taste, colour and texture of Ian’s heather Honey is the result of an incredible partnership between bees and bee-keeper. For their part, bees have to work extremely hard to collect the nectar, whilst a bee-keeper requires a great deal of skill to maintain the hives and extract the honey.

Given free choice, bees would not choose the Scottish Highland heather for nectar. It blossoms late in the season, the flowers are small and the Highlands are notoriously windy. The bees are there solely because beekeepers, like Ian, have brought them to a place where heather is the only choice for nectar. And that’s not all. Although the heather blooms between August and September, the actual nectar-producing period is just 7 days, so the bees have to work exceptionally hard to build up their honey.

As for Ian, beekeeping poses several challenges. The careful management of his 100 bee colonies - spread across 5 apiaries - before the heather blooms, is critical. Each colony must be strong, with a young queen, otherwise failure is virtually guaranteed.

Harvesting pure heather honey also requires expertise, because the same luxuriously thick consistency that honey aficionados rave about, makes the honey difficult to extract. So unlike most runny and set honeys, Ian’s heather honey – like Manuka - must be pressed out of the honeycombs rather than spin extracted.

Once you taste Ian’s Honey, I’m sure you’ll agree the results are well worth it! 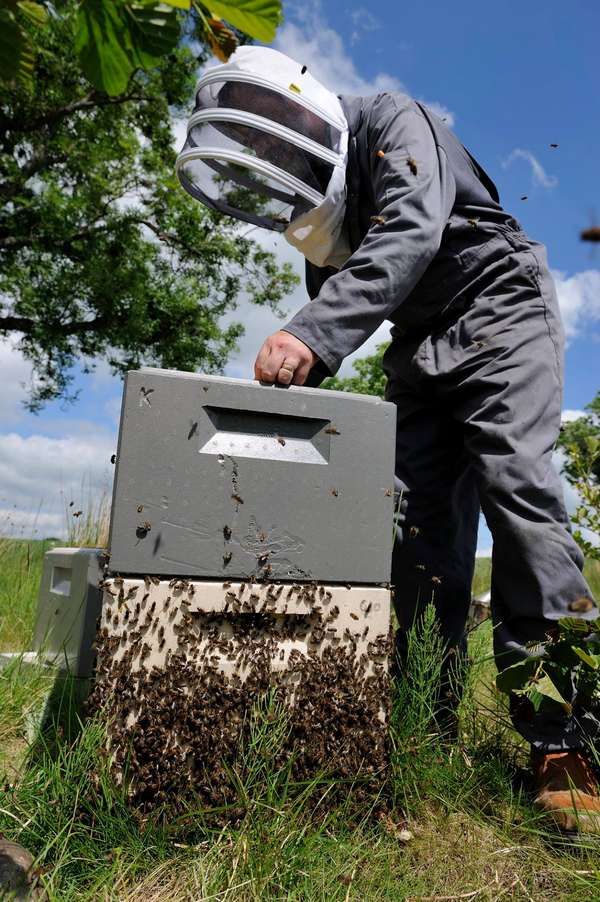 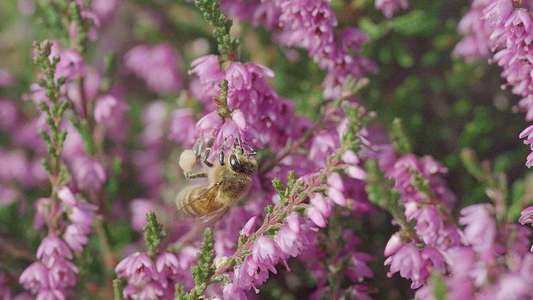 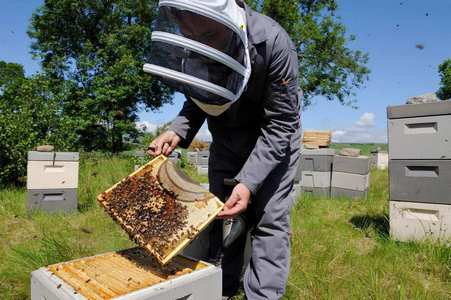 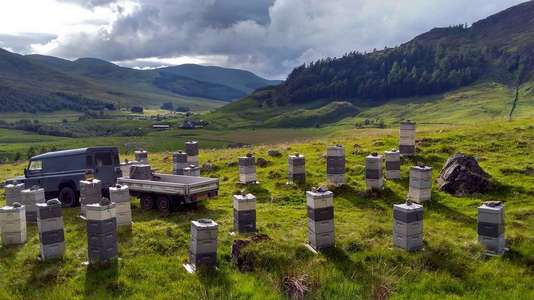 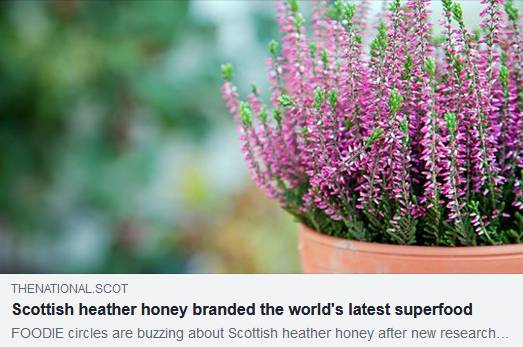 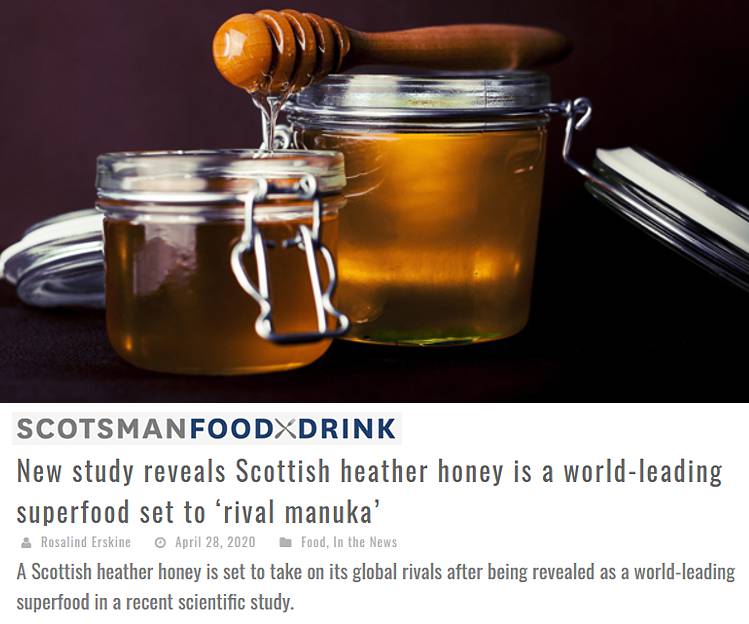